Neurofeedback is a noninvasive and entertaining method for normalization of brain activity. We use an EEG amplifier to enhance or inhibit certain brain waves that control video games and audio visual contents, e.g. cartoons. It can be said that in neurofeedback the player plays the game with his mind, and by controlling the game they control their brain waves. 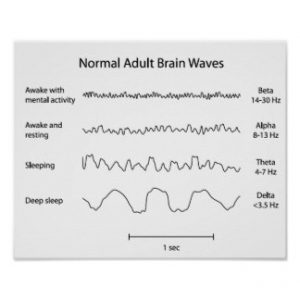 During neurofeedback training we learn how to produce optimal brain wave patterns. We give feedback about these patterns in a more understandable and more interesting way (like video games, music or cartoons) and we reward specific brain waves. This enables the brain to learn new and better ways of functioning. By choosing the right protocol for training we can learn to perform even better and diminish or eliminate problems that can be associated with some difficulties.

This method has been developed in the 1960s and the first researchers showed that it is possible to train brain waves in animals and that this training can lead to changes in behavior. Until today there has been extensive research related to application of neurofeedback in treating a great variety of difficulties but also for peak performance.

How does neurofeedback work?

Human brain consists of a 100 billion neurons that interact and communicate with each other, and that is what make us who we are. Sometimes this communication does not work at its best or there is not enough connection between neurons. When this happens different kinds of difficulties can occur and they can be more or less expressed.

The brain’s electrical activity is defined by brain waves, and each of them reflects a certain mental state as well as how the brain works. Research that has dealt with connecting brain wave patterns with behavior has shown that specific patterns can be associated with some difficulties. By recording brain’s electrical activity (EEG) we can see the brain in action, i.e. what is happening in that precise moment. By having this feedback, we are able to change the way it works, because we use operant conditioning (learning by reward) to teach the brain a new way of functioning. This is biofeedback applied to brain activity and the most often used feedback are video games, music or cartoons.

Because the games used in neurofeedback training are represents of brain waves, controlling the game actually is direct controlling of the brain. In the game we reward the activity that enables us to function better and we inhibit those that cause difficulties. When we are doing well in regulating the game and thus our brain activity, we get reward (e.g. a point in the game) and this is more often than not a sound. And exactly this is a signal to our brain that the way that it is functioning right now is good and it enhances the probability of repeating these same activations.

What happens in a neurofeedback training?

Neurofeedback training is a very pleasant and fun process. The goal is to relax in a comfortable chair and play games. Your therapist puts three sensors (EEG electrodes) one on each ear and one on the head. These sensors “pick up” the electrical signal of the brain and they have no effect on the brain itself. Before putting the electrodes, the therapist must apply abrasive paste on the location where the electrodes will come so that the signal could be more precise. After this we can begin the training. Video game, music or cartoon starts and they work the way the brain works. If we lose concentration, the cartoon will stop, the video game will go in a wrong way, but every time we return to the desired brain activation everything starts to work like it is supposed to and we continue to receive positive feedback. The therapist has her own screen where she keeps track of the brain wave patterns and analyzes the collected data. The training session lasts for 30-45 minutes after which you may feel tired or exhausted. But you also may feel very calm and relaxed, have a clearer focus and be able of retaining attention for a longer time.

Is neurofeedback a good treatment choice?

This method has been proven effective for a great variety of difficulties. For some of them there has been extensive research while others are still being researched. But all of them are based on quantitative analysis of EEG (QEEG) which analyses brain waves in a quantitative manner which gives information about the amplitude of waves in exactly specific moments. This analysis is based on quantifying data collected by recording of the brain’s electrical activity and statistically analyzing this data. This gives us information on how much do results of our client deviate from the average results and this information is important because it defines what will be done in neurofeedback training. QEEG is an objective method that enables defining “markers” for some specific difficulties.

Is neurofeedback same for everyone?

Neurofeedback is an individual therapeutic method and, consequently, it is never the same for everyone. Before starting the neurofeedback process it is essential to do an initial assessment that consists of recording basic electro physiological measurements (EEG) and defining if neurofeedback is the right treatment choice. Then we decide which protocol will be used for that person. Research has defined protocols for specific difficulties and they are applied that way, but they are modified for each person separately.

If there are problems associated with organic brain disorders, neurofeedback can help enhance functioning and the way the brain works. But this cannot lead to full symptom decrease. In most of these cases, in order to maintain the effects of neurofeedback, it is necessary to repeat training cycles from time to time.

If the problem is a brain dysregulation, for example ADHD, this method can be very helpful and it can even lead to complete elimination of the symptoms, if there are enough sessions done.